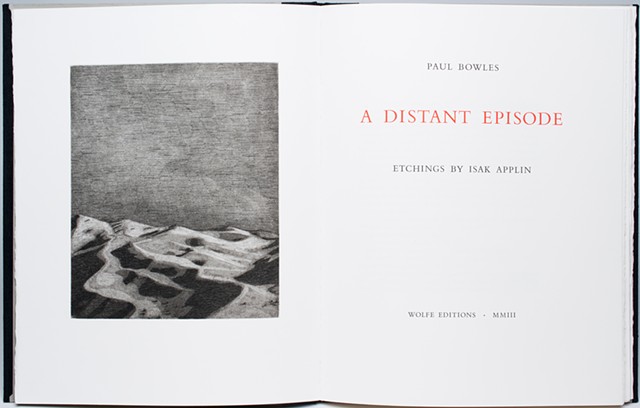 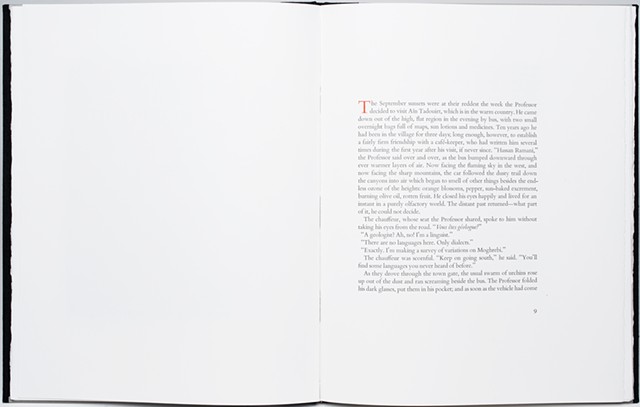 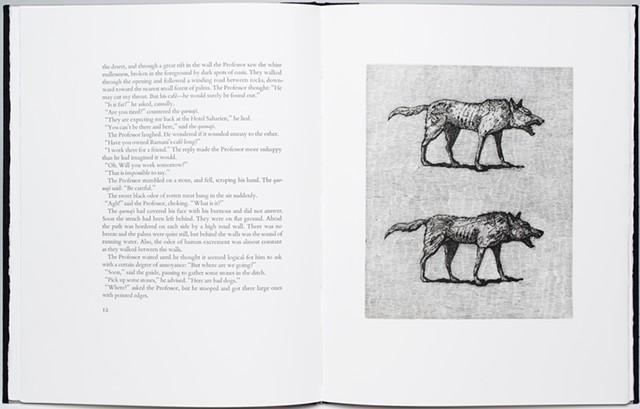 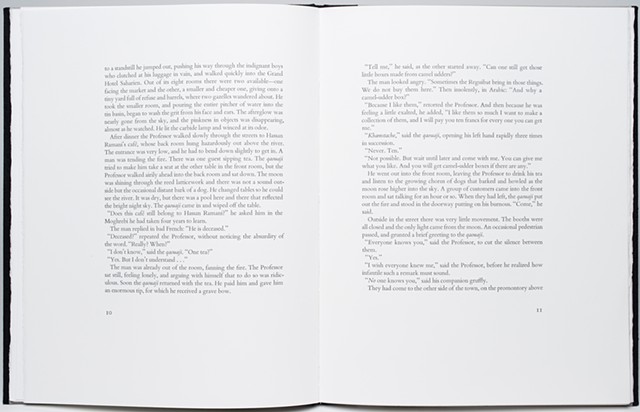 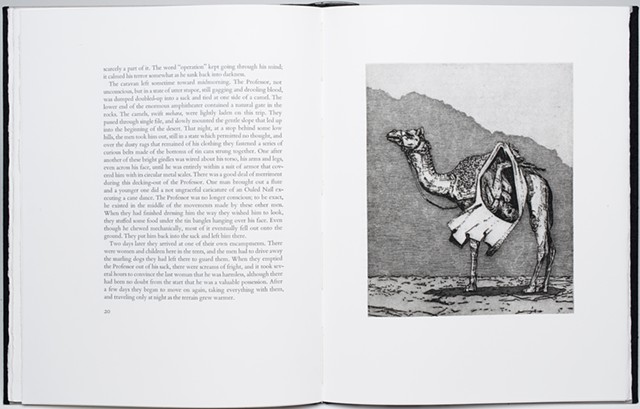 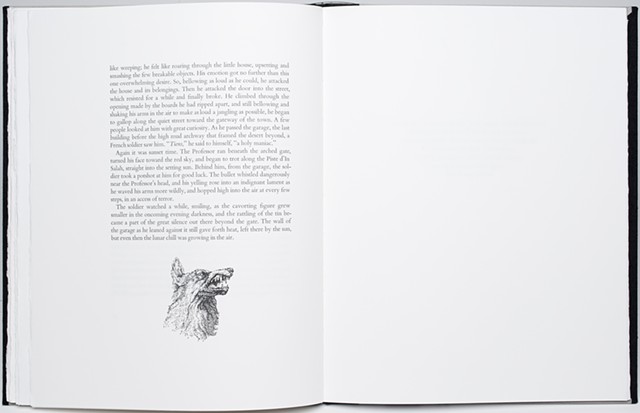 The short story A Distant Episode, by Paul Bowles, is the account of a linguistics professor travelling in a fictional region of southern Morocco in the 1940s. While researching dialects, the naïve professor is unwittingly absorbed into the harrowing and incomprehensible societies of the desert hinterlands.

Ordering Information Copies are $750, plus shipping fees. To place an order contact us at the email address below. Be sure to let us know where you reside and we'll respond a shipping estimate and payment options.

A Distant Episode was reprinted by permission of Harper Collins Publications Inc.